The law firm you choose makes a difference. Call or email personal injury lawyers Stephens & Holman before you discuss your accident with an ICBC adjuster. Call us for a free, no-obligation consultation at 604-730-4120 today. You pay us only after you collect!

Talk to a Lawyer 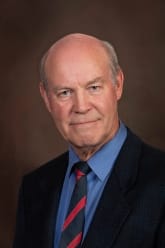 Simon J. Holman was called to the bar in British Columbia in 1981 and in Alberta in 1990. He and Vic Stephens formed the partnership of Stephens & Holman in 1983 and he has been practicing personal injury law since then.

Find out if we can help you. With 21 office locations throughout the Lower Mainland and in other areas of British Columbia, our legal team is ready to help. Fill out the form for a complimentary, no-obligation consultation with one of our skilled lawyers.

No recovery, no fee.

Disclaimer: The information throughout this civil law website is not intended to be taken as legal advice. The information provided by the Law Firm of Stephens & Holman is intended to provide general information regarding civil litigation in British Columbia. If you are interested in finding out more, contact us at 604-730-4120 for a personal consultation.