The law firm you choose makes a difference. Call or email Vancouver lawyers Stephens & Holman before you discuss your accident with an ICBC adjuster. Call us for a free, no-obligation consultation at 604-730-4120 today. You pay us only after you collect!

Talk to a Lawyer 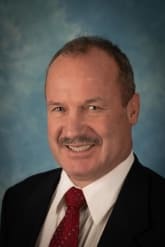 Tom has practiced in his preferred area of personal injury law since 1990, conducting many trials and negotiating settlement of claims whenever possible. Tom now only represents injured clients, although he represented both ICBC and injured claimants for many years, gaining important insight in managing claims.

Tom lives in Whistler, but resides in the city during the week working at Stephens and Holman. He is proud to have raised 4 children with his wife Beth, and enjoys golf, skate skiing, skiing, mountain biking, jogging, boating and rugby.

In 2002 Tom was awarded the Queen’s Silver Jubilee Medal, primarily for legal contribution to the East Indian community.

Tom was a director with Squamish Saving and Insurance, a division of Vancity from 2006-2011, focusing on improving the local community.

On March 26, 2010 he was awarded the Access Justice Dugald Christie Award, which recognizes outstanding contribution to the provision of free legal services.

Find out if we can help you. With 21 office locations throughout the Lower Mainland and in other areas of British Columbia, our legal team is ready to help. Fill out the form for a complimentary, no-obligation consultation with one of our skilled lawyers.

No recovery, no fee.

Disclaimer: The information throughout this civil law website is not intended to be taken as legal advice. The information provided by the Law Firm of Stephens & Holman is intended to provide general information regarding civil litigation in British Columbia. If you are interested in finding out more, contact us at 604-730-4120 for a personal consultation.